Eighty percent of companies say they deliver outstanding customer service, but only eight percent of their customers agree.

How can you close that gap by reconfiguring your customer service to deliver knockout experiences? That’s the critical subject of my new book Hug Your Haters. 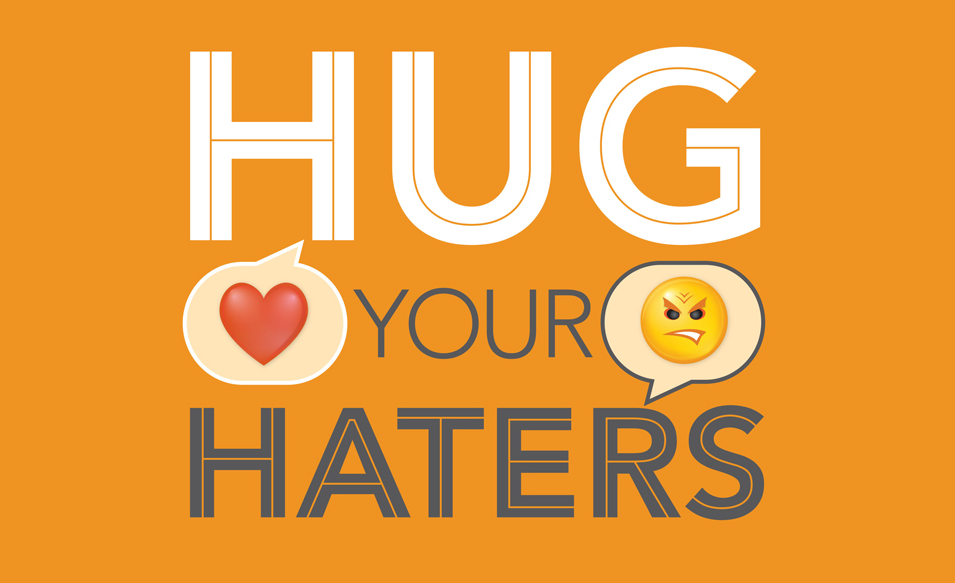 The near-universal adoption of smartphones and social media has fundamentally altered the science of complaints. Critics (or haters) can now express their displeasure faster and more publicly than ever.  These trends have resulted in an overall increase in complaints. And that flood of complaints can take down your business if you let it. Still, many businesses hold the belief that they have to pick their spots when choosing to answer criticisms. That approach is a major mistake.

Business is more competitive than ever, and business owners and managers need to understand how to turn customer service into marketing, and use it as their true competitive advantage.

I worked with Edison Research to conduct a study of more than 2,000 consumers to understand how, where, and why people complain. I determined that there are two types of complainers, each with very different motivations. Offstage haters are people who simply want solutions to their problems. They complain in private via legacy channels where the likelihood of a response is highest: phone, email, and company websites. Offstage haters don’t care if anyone else finds out about their complaint, as long as they get answers.

Onstage haters are those who are often disappointed by a sub-standard interaction via traditional channels, so they turn to indirect venues such as social media, online review sites, and discussion boards, including platforms like Twitter , Facebook, Yelp, and TripAdvisor. Onstage haters want more than solutions: They want an audience to share their righteous indignation.

There is a right way to deal with complaints from onstage and offstage haters in all of their forms – and the impact of turning a hater into a fan can be huge for your company, as companies like Warby Parker, Dutch airline KLM, Le Pain Quotidien, and others show. Customers that receive a successful, first-contact problem resolution, for example, are twice as likely to buy from the company again and four times more likely to spread positive word of mouth about it. Embracing complaints also helps your company gather insight and intelligence and differentiates you from your competitors.

To help you figure out how to respond to haters in any situation, I introduced The Hatrix, a guide that outlines the expectation and advocacy impact of hater responses and summarizes the best strategies for different situations.

Hug Your Haters also offers insight into how customers really complain. For example, I found that men complain more across all channels combined than women do. And more than 90 percent of American complainers, in nearly every age category, have complained offstage via phone or email. That hate comes in the form of everything from negative ratings on Yelp for a pizza restaurant to voicemail complaints about Jimmy Dean sausages that have gone viral. It’s also noteworthy how quickly haters expect a response to their complaints; 39 percent of social media complainers expect a response within the hour.

You can’t ignore haters anymore. There are too many, and not dealing with their dissatisfaction only increases their ire and damages your reputation and bottom line.